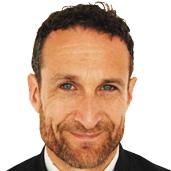 Gestalt therapy has long roots. One of the first existentialists can be said to be Soren Kierkegaard (early 19th Century), who proposed the moral responsibility of choice, and the inescapable significance of subjectivity in the larger ethical questions of life. After him there were a succession of other philosophers in the 19th century - Nietzsche, Brentano and Husserl, who echoed and refined those ideas. Out of the work of Edmund Husserl, phenomenology was born as a discipline; this subsequently influenced Freud amongst others.

The Gestalt psychologists of the late 19th Century also took up these ideas, and proposed an alternative view from the mechanistic, objectivist and analytical science of the day. They suggested, and investigated, human experience and perception as a wholistic matter.

The dawn of the 20th century saw the development not only of psychoanalysis, and subsequently its many offshoots, but also other emergent strands of philosophy and psychology. On the one hand was behaviourism, on the other the further development of phenomenology in the form of existentialism - Heidegger, then Sartre; others such as Gadamer and Merleau Ponty, and then later post modernist thinkers such as Derrida.

The holism of Gestalt was taken up by Fritz and Laura Perls, who departed from classical psychoanalytic thought in the 1940’s, and started developing their own psychology. This gathered pace as they moved to the USA, and in the 1950’s along with a small group of thinkers, they developed Gestalt therapy.

These were brilliantly woven together as Gestalt therapy, and with Fritz’s ensconcement in Esalen in the late 1960’s, it became wildly popular. It was one of several emergent psychotherapies of the time, and Fritz’s experience, knowledge, maturity, and fearlessness combined to have an impact on many people.

His work was effective, dramatic, and life changing. At the same time, Laura Perls was developing Gestalt on the East Coast of the US, in a quieter way, following a slightly different philosophical orientation - more towards support, and less fiercely oriented around self support.

For a decade, this produced a split in Gestalt, with two somewhat different orientations and practices.

During the 20 years following Fritz’s emergence onto the world stage (he died in the early ‘70s), Gestalt was a defining force which influenced many other emergent therapies.

In the last 25 years, Gestalt has evolved from the heavily Perlsian stamp. It retains core elements - the non-analytical use of awareness which Fritz pioneered, the existential emphasis on the ‘what is’, and the use of creativity and the present moment.

It has however taken up other elements that were present - both implicitly and explicitly - in Fritz’s practices and philosophy, and extended and evolved them. This includes especially the dialogical dimension, and the application of Field Theory.

Integration of other concepts

This has included an interface with the understandings of developmental psychology, with a new appreciation for the role of therapist both as co-learner, and also as attachment figure. It has included an increased willingness to offer support in the therapeutic process, rather than so strongly insist on self support as Fritz did.

Especially significantly, there has also been an increased understanding of the nature and role of shame, its place in the field of psychology, and its relevance to psychotherapy. This has significantly changed the way Gestalt therapists work, to be more sensitive to the client’s sensitivities, to be less heavily insistent on the injunction to ‘take responsibility’, and to be more patient in the slowness at times of a clients development. A corollary of this is the willingness to work with ‘dependency’ in clients, to provide an increased amount of support, and to understand a deeper level of complexity in the change process.

This has led to an increased emphasis on the significance of the therapeutic relationship, and less reliance on the dramatic features of the Gestalt experiment. This is especially relevant as part of Fritz’s trademark was a classic and now famous form of the Gestalt experiment using 2 chairs. This experiment was (and is) very useful for exploring polarities and projections, and to assist in the integration of splits in the personality.

However, this one experiment became identified exclusively as Gestalt, whereas it was simply a creative device that Fritz invented, and favoured, though not exclusively. In the years after his death it became copied endlessly, mostly as a technique, without the profound understanding of the philosophy and principles that lay underneath it.

This has faded over the years, but constitutes a significant difference between contemporary Gestalt and classical Gestalt; in modern times, the Gestalt experiment can take any number of forms - the more closely related to the clients specific ground the better. The two chairs might occasionally be used, but many Gestaltists may not use it at all.

Contemporary Gestalt is not characterised by the rather confrontative way that Fritz - and his subsequent imitators - worked. This is seen as being unhelpful, and often counter productive. It can induce shame, and it can push people in a way that is not actually necessary. The Gestalt awareness process is very powerful, and the more a practitioner collaborates with the person, the better it works.

The increased emphasis on the relational dimension in contemporary Gestalt distinguishes it from classical Gestalt. The therapist is more transparent, as appropriate, and perhaps more humble. The style of authenticity that was a legacy of Fritz was a kind of ‘in your face’ honesty which could be powerful, but also very unrelational.

Fritz, and classic Gestalt, emphasises separateness. Drawing on anarchic roots - such as the work of Kropotin - this was a useful antidote to social conformity and could assist people to know their own self better. But the way it was applied often smacked of a kind of individualism which represented the of Western ideal of the independent individual - a model of maturity which is somewhat flawed as it does not fully acknowledge the cooperative and interdependent nature of all endeavours. This ‘I am I and you are you’ orientation was both Fritz’ strength, and his flaw, and it was copied by those who followed him for some time.

Fritz, coming out of a psychoanalytic background, referenced to the ‘resistances’, though he reformulated Freud’s ideas and created his own categories - retroflection etc. This provides a very useful understanding of what occurs at the contact boundary of relationship, but these categories contradict the phenomenological orientation of Gestalt (by imposing structural categories, and then often further reifying them), and have subsequently been critiqued by a variety of contemporary Gestalt writers. For instance, Lynne Jacobs questions the value of the notion of projection.

Modern Gestalt does not rely so heavily on working with these ‘resistances’, and pays more attention to the cocreated nature of the therapeutic relationship - shifting emphasis on responsibility away from a focus on the client, to address the way it is shared between client and therapist.

More classical forms of Gestalt tend to derive from people who learned Gestalt in the 60’s, 70’s or 80’s. It is important that training program are updated updated conceptually and clinically to incorporate the advances of the last 30 years; the danger of not doing so is the possibility of the replication of mistakes which have now been recognised and remedied to a greater degree in contemporary Gestalt.

The emphasis in ‘relational Gestalt’ is not primarily technique driven; it involves a profound grasp of the intersubjective nature of experience and a capacity to skilfully combine an I-thou orientation involving therapist transparency, with a capacity to also work appropriately with the developmental process of the client.

Steve is a truly gifted teacher and therapist who is clearly practising his calling. He brings wisdom, genuine caring and compassion to our sessions and he has helped me finally navigate a path towards a healthier and more skilful way to approach anxiety, stress and behaviours that were damaging to my relationships and my work. I have seen psychologists before and been left with little. This is the first time that I have seen genuine changes to my mental well-being that has improved the quality of my relationships, work and life.

I first met Steve through a presentation he did on Family Constellations. This was a very powerful and releasing experience. I since contacted him for personal work and professional supervision. I have benefitted greatly from continued sessions, I feel aware of the roles I play in my life, and have stopped blaming others for the decisions I have made. I feel in control of the direction my life takes now. This, amongst a myriad of other revelations, has given me greater freedom and a sustained sense of happiness.

Four years training with Steve Gunther was life changing. I learnt so much about myself and how I am in the world, how am I with clients and how to deal with and engage any person in any situation.

I gained the skills to practice Gestalt Psychotherapy and the confidence to do it in my own style. I have gone on to expand my Gestalt training into Community Development and helping effect societal change.

Steve has a hands on assured teaching style which is just as effective as his brilliant personal counselling work - powerful and profound, yet guided by the clients and the students.

I have know Steve for 18 years, experiencing him as Gestalt teacher and therapist. I have grown to have a great deal of respect for him and have always valued all that he strives for. He is a person of great integrity, intelligence, wisdom, energy, sincerity and care.

Added to this has always been a commitment to his own personal and professional growth, demonstrating itself in humility, confidence and determination. I have always felt that he has had my best interests at heart, which resulted in me being gently guided towards taking risks, in healing my past and leaping into my future.

The 'work' that I have done with Steve over the years has helped shape my life and the person I am today, which is greatly full-filled and happy.

Having been a client of Steve's, I confidently recommend his services to any client who is seeking therapy. I found him to be contactful, empathic, intuitive. fully understanding of and tuned in to the issues I presented. I felt very safe in his care and professional expertise, and I experienced personal growth, increased self awareness and complete satisfaction through the consultations I had with him.

Gestalt Therapy with Steve Gunther gave me two focal insights in particular. One was how my energy moved between my ‘introvert’ and ‘extrovert’ self, and the other how my physical body carried the demand I placed on myself as expectation.

One session I clearly remember was Steve helping me elicit an image of a ball and chain around my left leg (which was chronically arthritic). As I processed those feelings and felt images, I saw shifts including release of tension, emotionally and energetically, over the period. I am very grateful to Steve for his devotion and his art, and for his very astute processing skills. Good memories.